The Dead of the Jade Islands.

The Thousand Jade Islands were once known for their wealth and their beauty, beauty of both land and of the people. They were ruled and watched over by the Emperor God, a boy known as Hitomo who has lived for over 1000 years and had united the Jade Islands through his Magik.

Only within the last 50 years had he gone into the Ivory Temple to meditate and did not reappear. Some say he left the Islands, others thought that he died. Clans began to form old alliances to take control of the Islands and The Emperors Shogun, the Honourable Qin, was called to quell the rebels. As the Shogun moved to the Chen Province to solve the issues, the trap that was set for him was sprung and the Valley ignited with Magikal energy. What fell to the ground was anything living. Skin was burned from bone and thousands of the Emperors chosen died.

And still the Emperor did not show himself.

Years went by and the Thousand Jade Islands fell into war and chaos, Trade routes were cut and millions of people died from starvation. Secretly the Cults of HoJu studied the Dark Magik to learn the arts of Resurrection, hoping to raise their General to save the people, for they were sure he would also know the whereabouts of the Emperor. Eventually the Cults of were able to raise the once defeated Shogun Qin and his now forces to fight for the Jade Empire, but they returned now in their Skeletal form, devoid of soul and emotion. Only Shogun Qin returned with any form of emotion, all of it anger and vengeance focused towards his enemies.

The Shogun now fights alongside the dark forces of Fantasica, till he can find his Emperor and be given the right to rest. The Thousand Jade Islands are now laid to waste, as the men that live there fight this evil. But the Dark Magik grows stronger. Those who fall are quickly returned to the forces of the Shogun, following in a new existence, a new hell where there is only destruction rather than death. 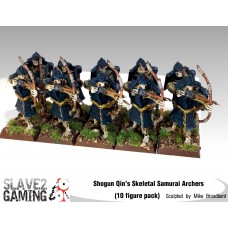 The Archers of Qin are of noble blood, having once come from the noble families to fight alongside .. 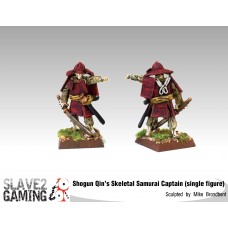 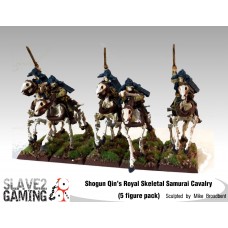 The Royal Cavalry of Qin are his own bloodline and are the most honored Cavalry in the land. The fi.. 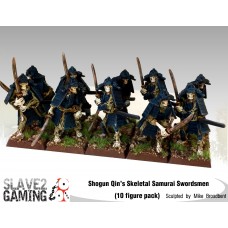 The young noblemen who fought & died under Shogun Qin would return to follow him in the afterli.. 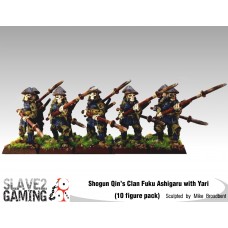 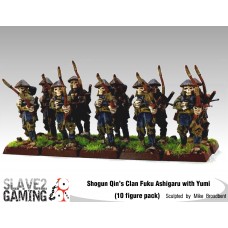 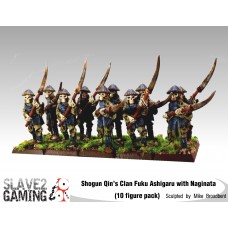 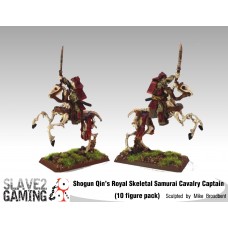 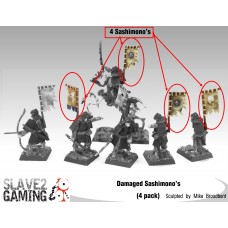 These damaged Samurai Sashimono's are great for making you figures stand out even more.Here's what y..