Very little is known about the Alien invaders. What is known is that they came from behind the sun in a swarm of evil looking ships, bringing new devastating technologies to a planet only just beginning to reach for the planets in their own solar system.


Scientists have theorized that they come from a sister planet of Earth that is in an orbit on the opposite side of the Sun (for their ships don’t appear to be able to do any form of light speed travel), and that their planet is slowly dying, so now they want to use our planet.


They won’t get it without a fight!


Here's a size comparison pic of one of our figures against other manufacturers: 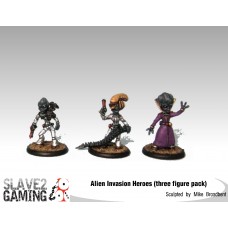 The heroes of the Alien Invasion have fought many different races and have abilities that only a bat.. 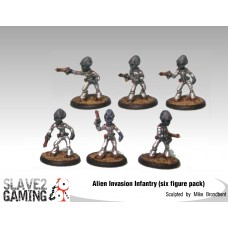 The evil henchmen of the Alien invaders.What you get:6 various posed Alien infantry with Laser pisto.. 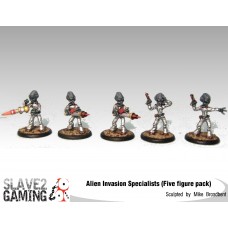 The Alien Invasion specialist are varied in their ways and abilities of bringing pain,What you get:1.. 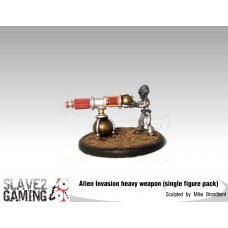 The Alien infantry has great support through its heavy weapons, this Plasma Caster is a much larger .. 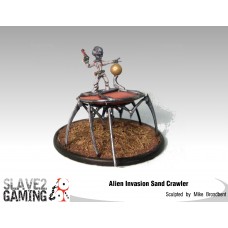 The Sand crawler is the fast attack vehicle of choice for the Alien Invasion, it has one driver and .. 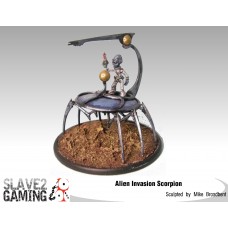 The Scorpion is the standard Alien Invasion attack vehicle. It comes standard with a particle Rail c..