Robin Hood, the heroic English outlaw in folklore who, according to legend, was a highly skilled archer and swordsman. Traditionally depicted as being dressed in Lincoln green, he is often portrayed as "robbing from the rich and giving to the poor" alongside his band of Merry Men.

The Merry Men are Robin Hood’s group of outlaws and associate. The band appears in the earliest ballads about Robin Hood and remain popular in modern adaptations. We see the band of merry men including Little John, Will Scarlett and Friar Tuck for the moment, plus generic merry men with bows. 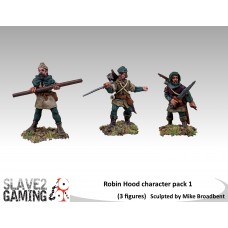 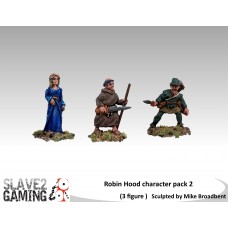 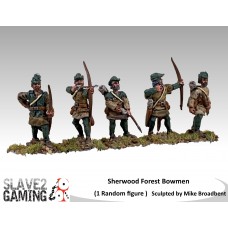 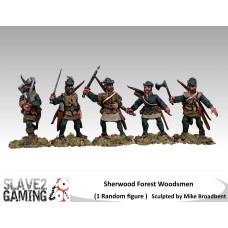 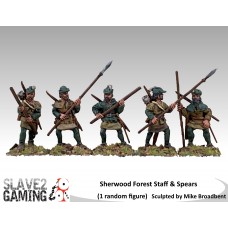