When the KPA crossed into South Korea on 25 June 1950, they advanced for Seoul, which was captured in less than a week. The lightly-armed Republic of Korea Army (ROK) was no match for the KPA.

KPA forces continued south toward the port of Pusan, a strategic goal. In two days, the United States offered assistance and the UN Security Council asked its members to help repel the attack under the auspices of the United Nations Command headed by the US. Australia promptly contributed No. 77 Squadron RAAF and the 3rd Battalion, Royal Australian Regiment (3 RAR), both of which were stationed in Japan under the British Commonwealth Occupation Force (BCOF).

No. 77 Squadron converted to P-51D Mustang fighters before arriving in Japan in February 1946 to participate in the British Commonwealth Occupation Force. Occupation duties proved uneventful, and No. 77 Squadron was preparing to leave Japan for Australia when the Korean War broke out. 77 Sqn was quickly dispatched to Korea, where they became the first UN air unit to enter the war, primarily in ground support, combat air patrol and escort missions.

3 RAR was rapidly committed as Australia's main land force contribution to the UN forces. After a period of intensive training and reinforcement in Japan, the battalion arrived in South Korea in late September 1950. The battalion formed part of the 27th Commonwealth Brigade and took part in the UN offensive into North Korea and the subsequent UN retreat from North Korea following the Chinese People's Volunteer Army (PVA) offensive in the winter of 1950–51. It was one of three units to receive the Presidential Unit Citation (US) after the Battle of Kapyong.

US customers; please be aware that these are still sold through Company B miniature 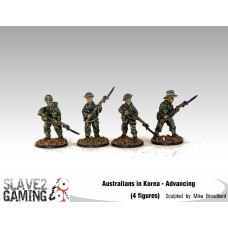 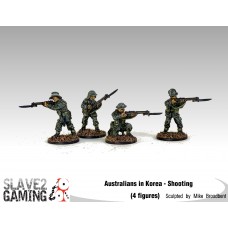 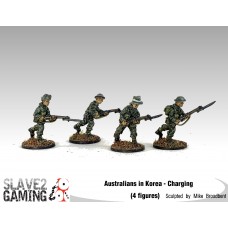 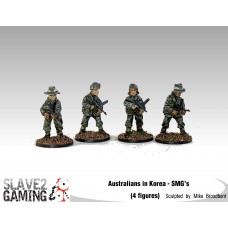 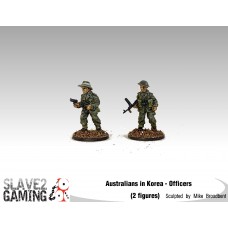 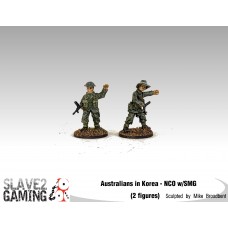 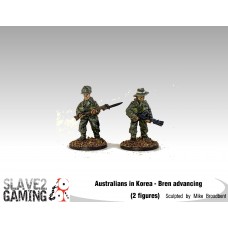 This product contains 2 various posed Aussies, One with a Bren and the other with a rifle, both adva.. 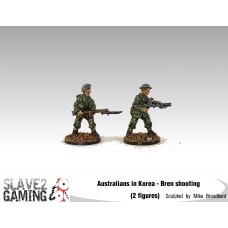 This product contains 2 various posed Aussies, One with a Bren and the other with a rifle, both shoo.. 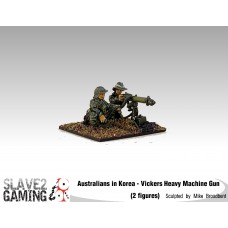 This product contains 2 various posed Aussies on a Vickers Heavy Machine Gun. Each pack also has a r.. 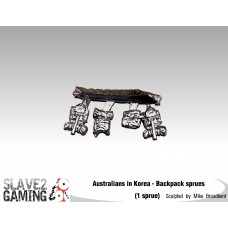 This product contains 4 Backpacks on a single sprue...